The original Belmont Academy campus was built in 1960. At that time the school leaving age was raised to 15, Ayr Academy no longer had the capacity required for all of the Secondary school pupils in Ayr, and so Belmont Academy was constructed.  At first, the school had 4 houses named after islands in the Firth of Clyde, the houses being Arran, Bute, Craig, and Cumbrae House. As the school roll increased over the years, Kintyre was added to make 5 houses, then Bute was dropped as the school roll began to fall again.

However, it was reinstated together with the addition of Lomond House as the school roll began to grow significantly again.
The campus was split into 3 buildings, known as A,B and C blocks respectively, with C block being the largest and containing the main office of the school. This campus was used for 48 years before it was decided to construct the new school on the school's current playing field. A Block was the out-building located nearest to the playing field and contained the Art, Mathematics, Business Studies, Science and Technology departments.

B Block was located furthest from the playing field containing the Music, Modern Languages and English departments, as well as the Guidance rooms and medical office. Finally, C block was the largest building on Campus, containing Mr Moir's Office, the administration office, Library, Careers office, the Cafeteria and Assembly Halls, as well as the P.E. , R.M.P.S , Computing, History, Geography, Modern Studies and Home Economics Departments.
The Need for a new School

In the summer of 2006, Mainholm Academy was closed for repairs and all of the school's pupils were proportionately decanted into several of Ayr's neighbouring schools - namely Belmont, Ayr and Kyle Academies. To accommodate these new arrivals, pre-fabricated rooms were quickly constructed to create more teaching space while the repairs were carried out.

Subsequently, on 24 November 2006 it was announced by South Ayrshire Council that Mainholm Academy would be closed permanently and the transfer of pupils to their new schools became permanent. With this revelation, it was decided to construct a new campus for Belmont Academy, using the current campus' playing field as the site. It was at this Point that Bute and Lomond houses were created.

South Ayrshire Council made use of the Public Private Partnership (PPP) initiative to finance the project. Construction work was contracted to the British-based company Carillion. Construction began on 10 January 2007 on the former playing fields

Although work started later than intended the school was completed by the original date in summer 2008 and opened to pupils on the 24th August 2008. Both pupils and teachers alike were surprised by the size and quality of the new building, and it received very positive reviews from all. With new equipment in all classrooms, greater access to ICT than ever before, a larger cafeteria, lockers for the 6th years, and more space, overall, than the old school, the new Belmont Academy quickly became a large part of the pupils' lives.

After the move was completed, the old school was fenced off and demolition began of the old campus. The demolition was completed by February 2009, and the new playing fields finished by the start of the new school year in August.

Today, the school's modern exterior reflects the very modern practice within and provides a positive learning environment for the highly creative, innovative and motivated individuals who walk through its doors on a daily basis. 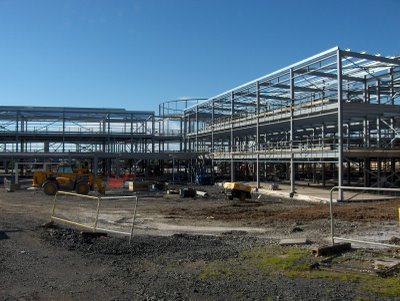 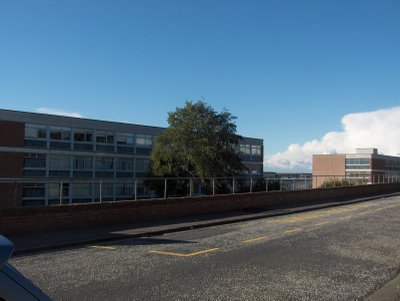 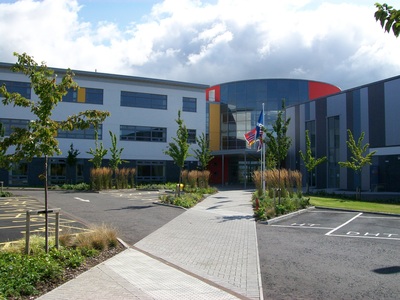 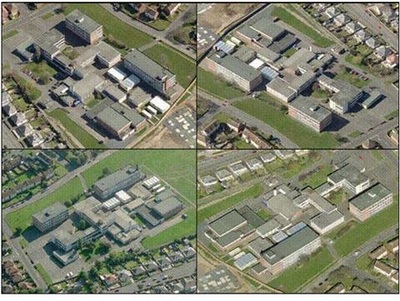